After a successful and ground breaking discovery made by Indian Space Research Organization (ISRO) through Chandrayaan mission. ISRO is taking another bold and ambitious step to land on South Polar region of the moon. It’s the first time any country is attempting to discover the mysteries of the darkest place found on moon. It’s a historical event and the first step towards exploring the undiscovered region of the moon.

In recent times, India has emerged to be a dominating factor and one of the torch bearers in space expeditions. India has from time to time proved each and every country on earth that space explorations can be carried out at a effectively, efficiently and at a  reasonable cost.

In this blog, I will try to tell everything that a person should know about Chandrayaan 2 mission:

Ever since, India made a ground breaking discovery of water on the surface of moon through Chandrayaan 1 – a new ideology or prespective of Moon among scientists and researchers have been developed. Chandrayaan 2 mission is being viewed as one of the most critical missions to unveil the mysteries of the moon and to provide an entirely new information regarding the early stages of our Solar System Development. It will also cause a paradigm shift in how lunar expeditions are approached for years to come, propelling further voyages into the farthest frontiers.

The Geosynchronous Satellite Launch Vehicle Mark-III (GSLV Mk-III) alias “Bahubali” will carry Chandrayaan 2 to its designated orbit. Chandrayaan-2 will be launched from Satish Dhawan Space Centre at Sriharikota onboard Bahubali, at 2:43 PM on 22nd July 2019.

It is worthy to mention here that GSLV Mk-III aka Bahubali is entirely Made in India, thus continuing the most renowned and ambitious “Make in India” project of Hon’ble Prime Minister of India Shri. Narendra Modi.

To know more about GSLV Mk-III

The first 16 minutes 22 seconds shall be the one of the crucial phase of the mission. It is the time within which Bahubali shall carry Chandrayaan 2 in space and separation of Chandrayaan 2 from Bahubali.

Following is the flight sequence of the first 16 minutes 22 seconds:

Chandrayaan 2 is composed of an orbiter, a rover named as “Pragyan” and India’s first lander capable of executing a ‘soft landing’ called as ” Vikram”.

The Orbiter weights 2,392 Kg and has 1 year of mission life in lunar orbit.

It is capable of  communicating with the Indian Deep Space Network (IDSN) at Byalalu, as well as with the Vikram lander and thus will act as communicator between Vikram and Earth

Again it is worthy to mention that all the hardware in the form of Orbiter, Lander and Rover as well as sophisticated software used to run the hardware is totally “Made in India”, thus reducing dependence of ISRO on other countries space organizations like “NASA”,”Roscosmos” etc.

Vikram has a mission life of 1 lunar day which is equivalent to 14 Earth days.

It is also capable of communicating with IDSN at Byalalu near Bangalore, as well as with the Orbiter and Pragyan rover. The lander is designed to execute a soft landing on the lunar surface at a touchdown velocity of 2 metres per second.

The lander is expected to land at a High plain between two craters, Manzinus C and Simpelius N

Pragyan can travel upto 500 metres at a speed of 1 centimetre per second. It is capable of communicating to lander and uses solar energy for its functioning

Chandrayaan 2 is carrying with it total 14 scientific experiment payouts. The name and function of that payout is given hereunder:

Chandrayaan 2 will land on Moon at Day 54 of the mission i.e. on 6th September 2019. The entire mission will cost about Rs.987 crore (i.e. approximately $ 144 million). Further, it is worthy to mention that 30% of the entire team composed of women which indicates a positive and proud sign of women empowerment in India.

Following are the 3 mission objectives of Chandrayaan 2:

After providing all the information about Chandrayaan 2 mission, the only question that’s left to answer is “Why Moon is chosen?” “Is it a Race?”

The Answer is quite simple and a rational non-biased person can easily understand that Moon is the closest cosmic body where space discovery can be attempted and documented. In order to aim for further space exploration for e.g. Titan or even exo planets, one must have sufficient knowledge of space. I have not used word “complete”, since no one can possess complete information about space atleast in near future. The South polar region of space is a site which has remained untouched, and thus can answer many important questions about the early stages of our solar system. Thus, it was quite logical and rational step at least from space exploration perspective to explore the mysterious South polar region of space before trying to attempt any mission on our neighbouring planet i.e. Mars.

I hope that you like the above article, in case of any suggestion, feel free to give your feedback.

Last year, Samsung made a comeback by releasing a beast in the form of Samsung Galaxy Note 8, a phone that has to bring back the pride and respect of Note series after the devastation and mess caused by Samsung Galaxy Note 7. Note 8 was launched and as expected it turn out to be a beast in a beautiful body and was awarded “Gadget of the Year” award at India Mobile Congress. Now, Samsung has launched its S9 and S9+ featuring a great dual camera (in S9+), the Civil war between Note 8 and S9+ is as close as one can be.

There is not much of a difference in design, both the premium smartphones features the same front/back glass aluminium frame. However, Samsung has readjusted the fingerprint scanner below the camera, which is more comfortable to reach and helps to avoid accidental touch on camera, which was a major set back last year in case of Note 8. 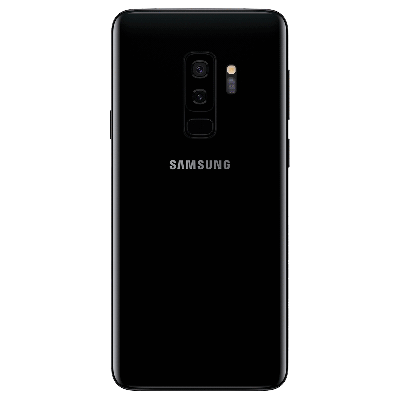 Samsung Galaxy S9+ offers a 6.2″ 529 ppi infinity display with 18.5:9 display ratio whereas Note 8 features 6.3″ 521 ppi infinity display with 18.5:9 display ratio, and thus there is hardly any difference remains in terms of the screen sizes. Samsung is known for its brilliant quality display, and it has continued its brilliance this year as well. Both the smartphone display features 1440 x 2960 pixels protected with a corning gorilla glass. Both the phone features 3D touch home button as well as Always On display. 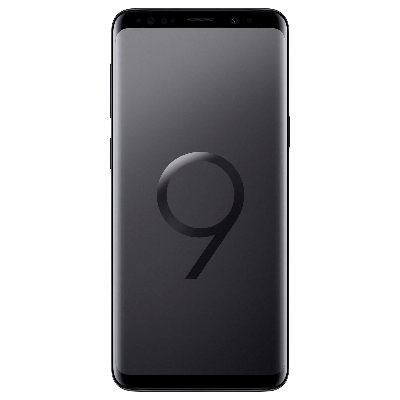 The biggest feature and decider of whether a person buys a phone or not is its camera performance. This year Samsung has shattered the critics, by bringing first ever smartphone featuring variable aperture. S9+ features a 12MP dual camera setup, an inheritance from Note 8, having a variable aperture of F2.4 for brighter environments, and F1.5 for low-light scenes. Samsung has changed the interface for camera as well which is now more organised than its predecessors. In the department of Secondary camera, Samsung has inserted 8 mp telephoto lens, which is same in both the smartphones.

Another notable improvement in the camera department is in its Video performance, S9+ features 4K at 60fps, 1080P at 120fps and 720P at 960fps. Though last year Sony has already introduced super slow motion at 960fps, S9+ is the first smartphone featuring the slow motion from Samsung. But it is to be noted that a video of 0.2 seconds can only be recorded at 960fps, which in turn converts a 0.2 seconds video to a 6 seconds video. In order to overcome the said limitation, Samsung has made S9+ capable of automatic motion detection, which sets the appropriate part of the clip in slow-motion and does ensuring the moment is perfectly captured. A manual setting is available as well, but it’s bit difficult to capture the moment, because of the extremely short moment that’s captured for slow-motion. However the said line is not applicable if you are Usain Bolt.

Also, it is noteworthy to mention that DxOMARK (a trusted industry standard for camera and lens image quality measurement and ratings) has given 99 points to S9+ which is more than the points given to the camera of any other smartphone till date. To know the rating schedule please visit the said link https://www.dxomark.com/samsung-galaxy-s9-plus-review-premium-specs-top-end-performance/

S9+ features a 3500mAh battery whereas Note 8 features 3300mAh battery. Both the smartphone includes Fast Charger in the box , which guarantees phone will be up and running in no time. And of course, there’s also wireless charging available with both the smartphones provided you have charging pad. Thus, going by the battery size, screen size and better processor, S9+ possess a marginal better camera than Note 8.

S9+ features a Dolby Atmos sound on stereo speakers tuned by AKG which provide a rich and crisp sound when compared to Note 8. S9+ and Note 8 both features IP68 dust and water proof, which is a great feature especially during monsoon. S9+ also continues to possess headphone jack like its partner Note 8, which is a great relief for people having high quality wired headphones. S9+ also features AR emoji which is a cool feature to have.

Thus, overall Samsung has launched a great phone, having brilliant display, beast performance and a great camera in the form of S9+, but, when compared to Note 8, the battle is a lot tougher, on one had Note 8 features its great productivity and limitless creativity with S Pen whereas S9+ features a great camera and a new improved performance. Thus, if one wants to buy a phone now, one can surely go with either of the phone, but, if someone wants a great camera, better fingerprint sensor positioning and a new processor and doesn’t mind not having S-Pen, should go for S9+.